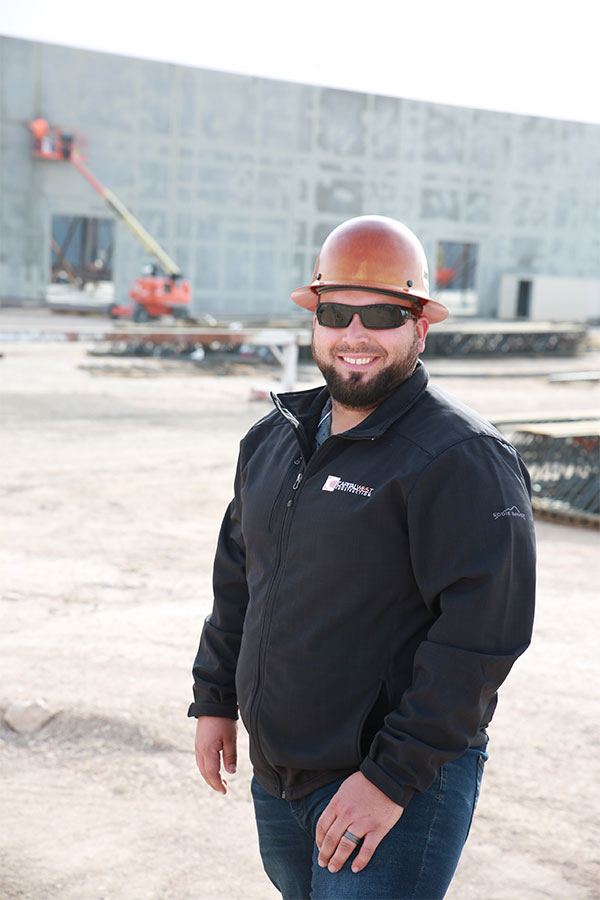 Kenny Thomason, a native Las Vegan, comes from a family with a long legacy of construction knowledge. A fourth-generation contractor, he grew up in and around the construction industry and started his career as an apprentice concrete carpenter in 2006. In 2009, he expanded his skills to include metal stud framing, drywall installation, acoustical ceilings and job site layout.

At the beginning of his career as a journeyman, Kenny quickly moved into a supervisor position, and his widespread construction knowledge afforded him the opportunity to get involved in estimating and pre-construction processes.

He also had the distinct pleasure to work on projects for Creech Air Force Base in Indian Springs, Nevada. There, he was part of the team that built hangers and buildings for the newest Air Force machinery as well as performing construction maintenance on millions of acres of land under the base’s management.

In 2011, his entrepreneurial side came through and he started his own business, completing residential remodels and small-scale commercial tenant improvements. After a few years on his own, he was recruited to return to a larger construction market. Since then, he’s worked on Brooklyn Bowl on the Strip, El Loco Roller Coaster at the Circus Circus Adventuredome, Casino Royale Expansion Mandalay Bay Wave Pool and Jenny’s Dispensary.

He enjoys all types of construction, but the large, more challenging projects pique his interest the most, and he is continually impressed how a group of people can come together and work hard to keep jobs on schedule and on budget.